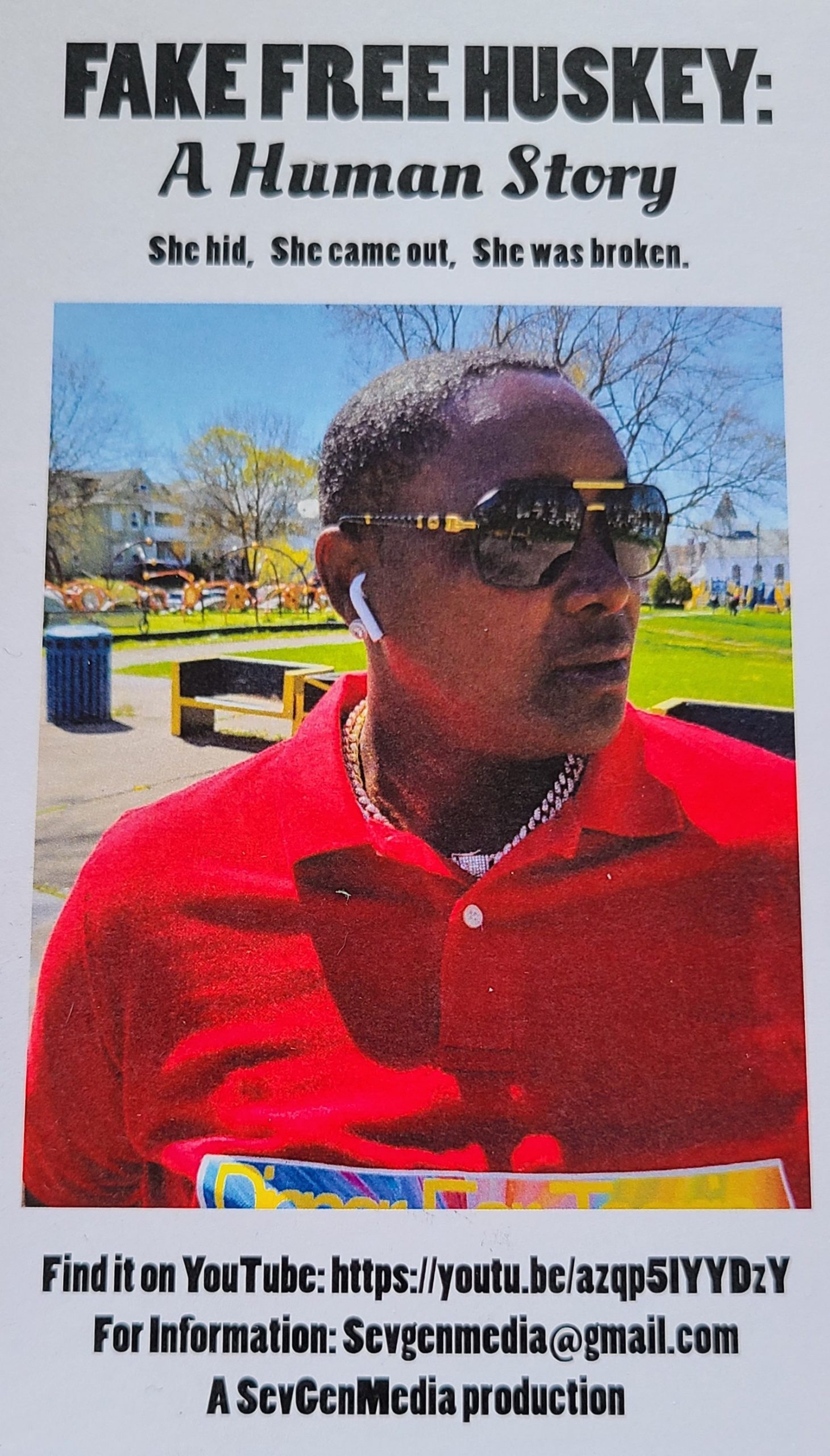 Join us for a film screening of Fake Free Husky. Created by artist and filmmaker Hisani P. DuBose, this film follows the awakening of Husky, a lesbian who has finally reached a place of self-acceptance. This program is organized in collaboration with Women in Media-Newark. RSVP required. Zoom details will be sent via confirmation email.
Other programs in this series:
In My Solitude: Film Screening and Conversation
Artist and filmmaker Hisani P. DuBose spent eleven years as an Adjunct Professor at Bloomfield College in the Creative Arts and Technology Division training filmmakers, animators and game designers in the arts of storytelling, visual design, the business of entertainment and history of cinema.  She has also conducted screenwriting workshops in film festivals and been commissioned to adapt two books into screenplays. Hisani graduated from Seton Hall University with a BS in Political Science and afterwards moved to New York where she worked at Dance Theater of Harlem and wrote and co-produced two more musicals. Wanting to switch from playwriting to screenwriting she applied for and was accepted into a competitive nine-week screenwriting workshop offered by the Writer’s Guild of America, East and Writer’s Voice.

Hisani learned more about screenwriting and movie production by taking professional courses at New York University, JVC of America, Professional Products Division, The Independent Feature Project and a host of other places.  In May of 2015 she received her Masters Degree in Media Studies from the New School. (N.Y.C.).   Her documentary, The Vanishing Black Male, has been seen in film festivals around the country and won the Broader Vision award from the Garden State film festival.  In 2003 she founded and operated a membership based organization called NJ Movie Maker’s Network which was a service organization for independent filmmakers. The organization held monthly workshops in Newark on various topics in filmmaking with guest speakers that included  writer/educator Richard Wesley, actor Michael B. Jordan, Clarence Ali who was one of the founders of the first cable company in Newark and a host of others.

+ Google Calendar + Ical Export
Share
Prev Event In My Solitude: Film Screening and Conversation
Next Event God is a Dandy!