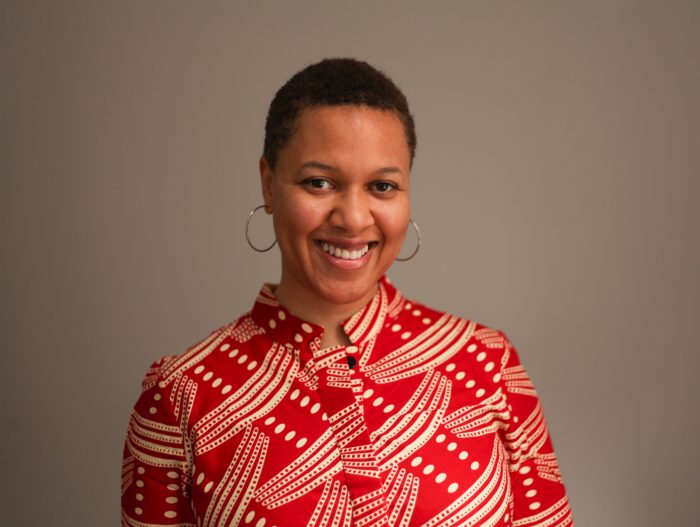 Join us for a talk where Jaimee Todd will share insights into her practice. The talk will take place in Workshop 2, Express Newark. Following the talk, participants will walk to the CJ Gallery at the Center for Law and Justice, Rutgers University – Newark to view Todd’s exhibition, Fluid Resistance: Heroism in Two Acts.

Jaimee Todd lives and works in New York City. She earned her Bachelor’s degree from Michigan State University and her law degree from the University of Miami School of Law. Todd’s work has been shown at the Mint Museum, Charlotte; The National Black Theatre, New York; and the New York Mercantile Exchange, as well as in a number of private galleries. She is a regular contributor to Postcards From the Edge, an annual charity benefit that supports New York City artists living with HIV/AIDS. Her video installations have also been used to highlight the water crisis in Flint, Michigan. Todd has been published in Mfon, Women Photographers of the African Diaspora and RadarStation magazine.