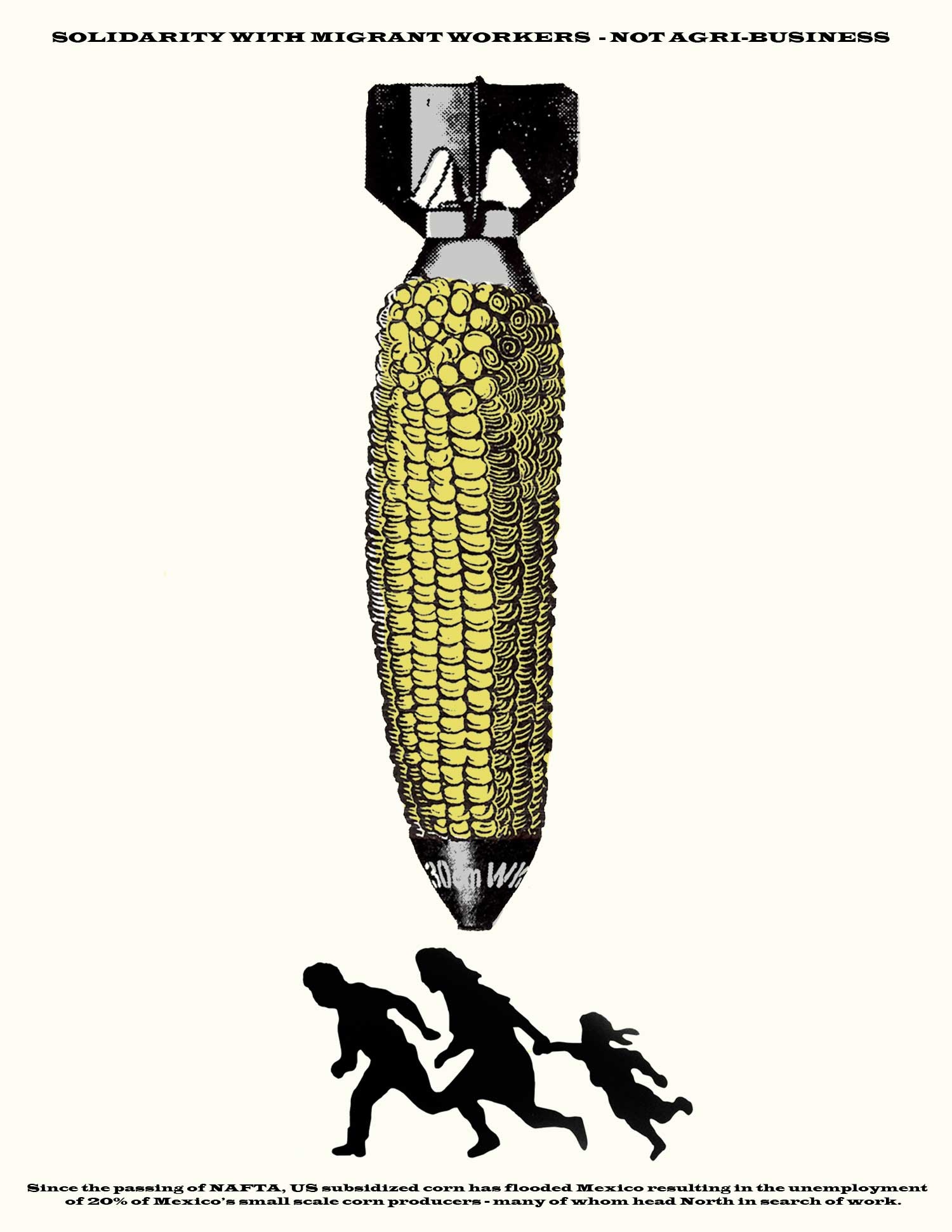 Nicolas Lampert is a Milwaukee-based interdisciplinary artist, teacher and author whose work focuses mostly on themes of social justice, racial issues and ecology. He investigates the political and social forces shaping workers’ rights, labor history, fair housing and social justice. His artwork is stored in the permanent collections of the Museum of Modern Art, the Milwaukee Art Museum, the Library of Congress, as well as over sixty archives and special collections across the world.

Lampert works with four different artist groups: the Justseeds Artists’ Cooperative, a printmaking cooperative of thirty artists; the Art Build Workers, a group of six artists, designers, photographers and educators who are based in Milwaukee, WI; The Voces de los Artistas, an art affinity group established in 2016 that works in collaboration with Voces de la Frontera, an immigrant rights organization based also Wisconsin; and ReciproCity, a mobile experimental cultural center based in Milwaukee that was established in 2012 that focuses on urban agricultural projects and community activism in Milwaukee and beyond.[1]  Lampert has also collaborated as an artist on previous activist campaigns with TAMMS Year Ten, Iraq Veterans Against the War (IVAW), The Chicago Chapter of the Rain Forest Action Network and 350.org. [2]

Nicolas Lampert’s first book, A People’s Art History of the United States: 250 Years of Activist Art and Artists Working in Social Justice Movements was published in 2013 by The New Press and is part of the People’s History Series edited by Howard Zinn. Lampert is currently a full time faculty member at the Peck School of the Arts at the University of Wisconsin-Milwaukee.

Solidarity with Migrant Workers is from 2012’s Migration Now! portfolio produced with CultureStrike focusing on social, cultural, and emotional facets of immigrants and immigration. “Media attention on immigration issues rarely, if ever, discusses with any sort of depth the economic, political, and social factors that propel people to risk their lives to travel north across the border,” Lampert stated. “Instead, individuals are blamed and a complex issue is reduced to a few soundbites national security, terrorism, illegal immigrants, etc.”

Lampert’s image frames the discussion from the other side of the fence and looks at the systemic reasons for migration. The small text on the bottom of the print of Solidarity with Migrant Workers reads, “Since the passing of NAFTA, U.S. subsidized corn has flooded Mexico resulting in the unemployment of 20 percent of Mexico’s small scale corn producers – many of whom head North in search of work.”[3]