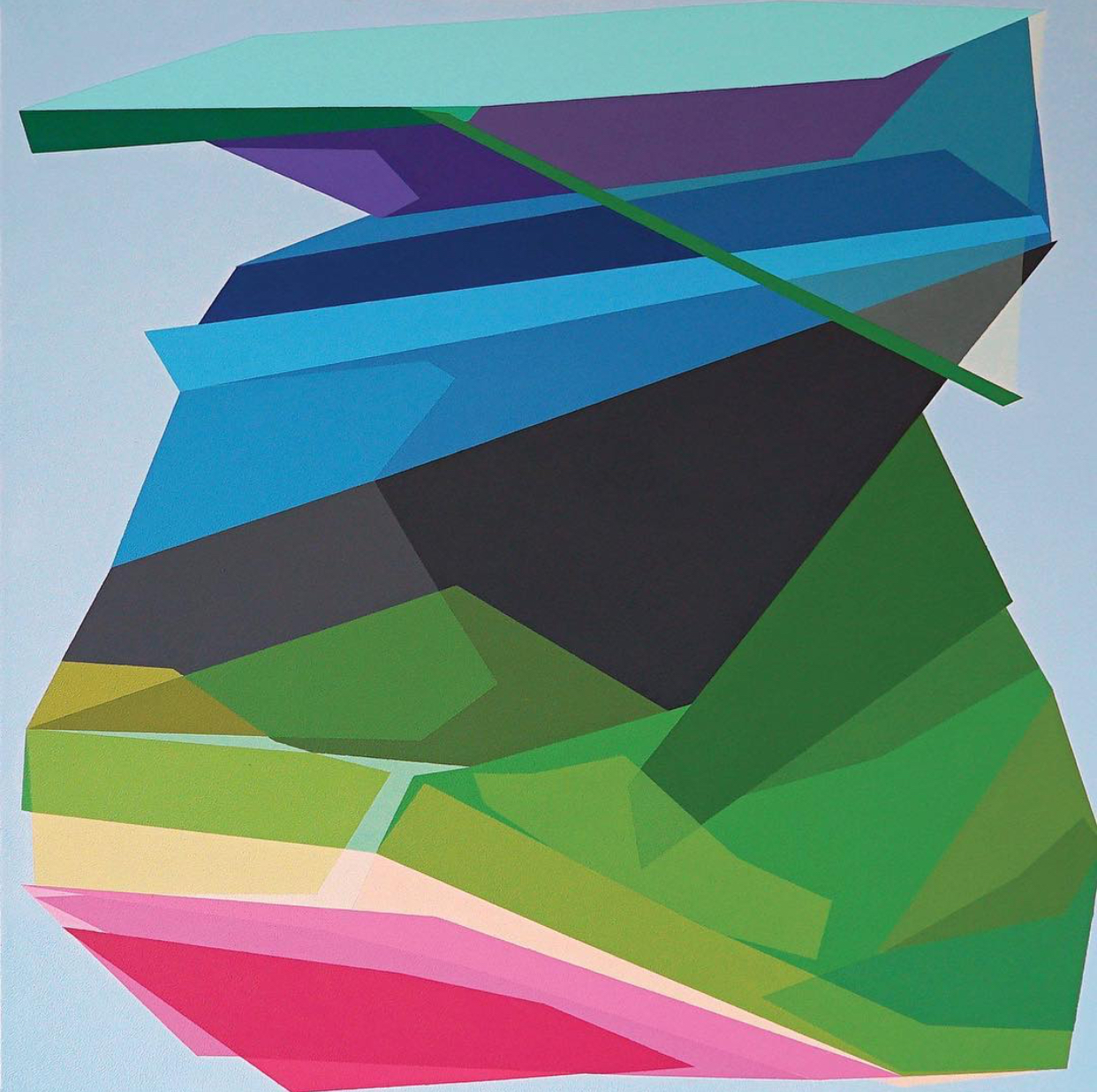 Kati has roots in Newark, New Jersey as a long-time resident of the artist studio space 31 Central located in Downtown Newark. She worked out of this space from 2006 to 2019 and was the first artist to be awarded the six-month Artist Residency provided by Paul Robeson Galleries at Express Newark. This program is dedicated to visual artists and intended to serve local arts initiatives in New Jersey by providing artists with a studio space to create work which results in a solo exhibition at the Paul Robeson Campus Gallery. She currently lives in Jersey City and works at her art studio in Chelsea. She recently completed an art residency with the prestigious Eileen S. Kaminsky Family Foundation (ESKFF) at Mana Contemporary in Jersey City.

Kati Vilim uses the language of abstraction. Her style focuses on colorful geometric abstractions gravitating to the use of primary colors: magenta, cyan, yellow, blue, red, and green. The absence of outlines in Kati’s compositions leaves her canvases with chunks of color so precisely painted that one cannot detect even a trace of her brush strokes or unevenness in her colors. Such features trick the eye into believing that these paintings are made by mechanical devices or printing techniques, but she simply uses a ruler and a pencil to draw directly onto her canvases, and tape and brushes to paint. In her choice of abstract language, Kati brings to mind the movement known as Constructivism. Constructivism is an artistic and architectural philosophy that originated in Russia beginning in 1915 by Vladimir Tatlin and Alexander Rodchenko. Constructivists used sparse, geometric forms and modest materials. From paintings to posters to textiles, they created a visual language out of forms that can be drawn with utilitarian instruments like compasses and rulers.

“My compositions are about abstraction itself, instead of referring to anything from the visible world. Abstraction is the basic subject of my work because whether we are aware of it or not, our brain is built to work with abstract systems and we live and function through abstract thinking,” she says. As the first artist awarded the six month residency at Express Newark, Kati created a body of work that became her solo exhibition titled Plexity. The title of the exhibition is a linguistic term that refers to whether a quantity of time or matter consists of one (uniplex) or more (multiplex) equivalent elements. The paintings were on view at the Paul Robeson Galleries from September 2017 to February 2018. Kati’s other endeavors include her most recent public art project that can be viewed along with nearly two dozen other artists as part of Neighborhood Curbside Canvas Project, a project that looks to use outdoor patios of 13 Tribeca restaurants as street canvases.