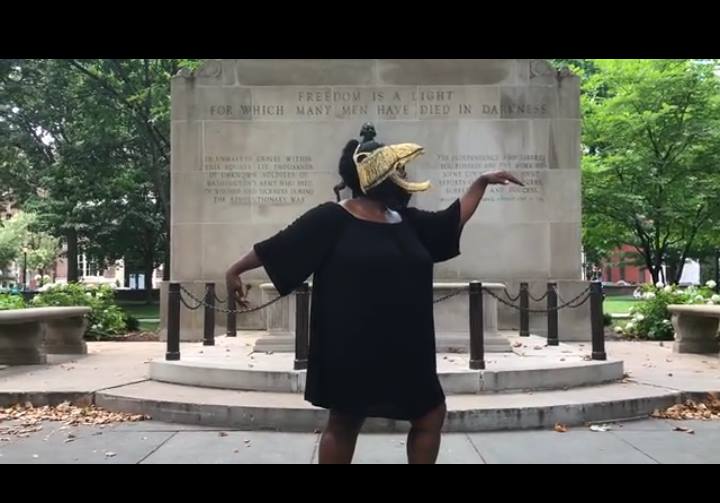 Born in Jersey City in 1975, Noelle Lorraine Williams moved to Newark, NJ in 1987 where she has lived and worked ever since.  Noelle received her Bachelor of Arts – Social and Historical Inquiry in 1999 from Eugene Lang College, The New School for Social Research New York, NY. She received her Master’s in Arts in American Studies – Public Humanities from Rutgers University-Newark in 2020.

Noelle has spent most of her adult life as an activist in her community, sparking dialog between people and paving a path toward cultural advances. In high school, she co-founded one of Massachusetts’ first Gay Straight Alliances (GSA) called BRIDGE to bring LGBT and straight students together to fight and elevate awareness about homophobia.  In college, she worked on the New School Mobilization and E.N.D. (Education Not Domination) to address homophobia and unfair labor practices.  After college, Noelle served as the chair of the Audre Lorde Project’s Working Group on Women’s Organizing in Brooklyn, NY.  She also led the group as a program chair of New York City’s first LBTQ Women of Color organizing conference Arms Akimbo. In Newark, Noelle served several years as a volunteer and committee chair for Newark Gay. In 2006 she co-curated the first Newark LGBT and straight exhibition at the Liberation in Truth Gallery (Newark LGBTQ Center).

Noelle’s art has been mentioned and critiqued in the New York Times, Art News, and other publications. She has exhibited in New York, New Jersey, Philadelphia, and Louisiana. Noelle can also add public speaker to her resume she has been invited to speak at Jersey City Museum, Newark Museum, AIR Gallery and Rutgers University amongst other places.  She currently works for the Newark Public Library as a curator and researcher while continuing to make art.

As an artist, Noelle Lorraine Williams continues her activist work by using her art to educate and evoke conversations about the history and current life of African Americans. Her body of work includes mixed-media, installation, traditional, figurative, conceptual, sculpture, video, and photography.

Noelle has exhibited at Paul Robeson Galleries in the exhibitions Women in the World (2017) curated by Gladys Grauer and Why We Do What We Do (2020) curated by Adrienne Wheeler. The latter is currently on view at Express Newark  and inspired by the work of artist Gladys Grauer. In Why We Do What We Do, Noelle  exhibits her beaded Bird Mask (2017). This mask was created for performance and gestures towards the use of flight as a metaphor in African American culture. Artist Marisa Willamson invited Noelle to produce a dance and wear her mask for her public intervention Congo Square (2017).  You can learn more about Williamson’s work and view the video here: http://www.marisawilliamsnon.com/work#/videos/