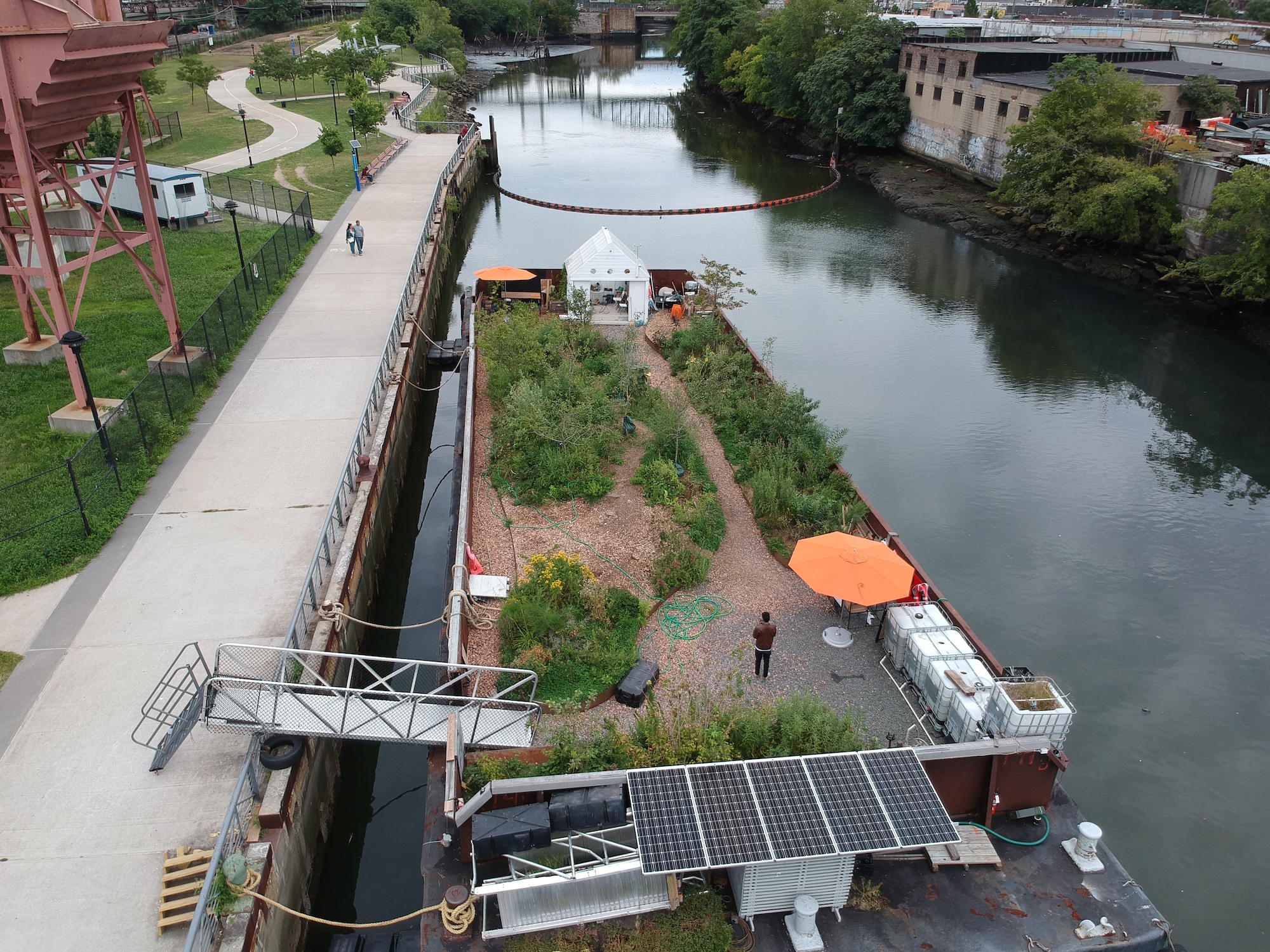 Mary Mattingly was born in Rockville, Connecticut, on September 8, 1979. She studied at Parson School of Design in New York and then received a Bachelor of Fine Arts from Pacific Northwest College of Art in Portland in 2002. Mattingly is a vocal activist for the environment as well as clean energy. For example, in 2009, Mattingly led a project with New York-based artists, marine engineers, scientists, and environmentalists called Waterpod, where they designed a new habitat for the global warming epoch. It represented a sustainable artistic and technological habitat for up to four people.

Mattingly is the recipient of numerous awards, such as fellowships from the New York Foundation for the Arts and Eyebeam, grants from the Harpo Foundation and the Jerome Foundation Grant, and residencies at the Sharpe-Walentas Studio Program and Brooklyn Public Library. Mattingly has exhibited widely, at venues including The Anchorage Museum; The Harn Museum of Art, Gainesville; Storm King, New Windsor; The Kitchen, New York; Bemis Center for Contemporary Art, Omaha; Palais de Tokyo, Paris; Seoul Art Center; Light Work, Syracuse, amongst many others. She currently resides in New York, where she continues to focus on sustainability in her life and work.

Exploring themes of home, travel, and cartography, Mattingly’s work involves humans’ relationships with themselves, the environment, and machines. Her focus is on the green spaces and resources we share as a community. Her artwork shows the effort and engineering it takes to survive with the earth’s finite resources.

Her artwork, Wearable Homes, 2004-ongoing, portrays a post-apocalyptic atmosphere in which nomads survive with wearable technology. “The work that I’ve been focused on,” the artist asserts, “all has to do with some kind of commons, whether it’s water or air or food.” For example, Swale is a floating forest. Mattingly conceived of the ongoing project in 2016, and it continues to bring fresh and organic food to the urban community of New York City. Swale is free of charge and encourages its inhabitants to pick fresh produce and other grown food sources. Mattingly continues to live organically and educating others around her with her artwork.