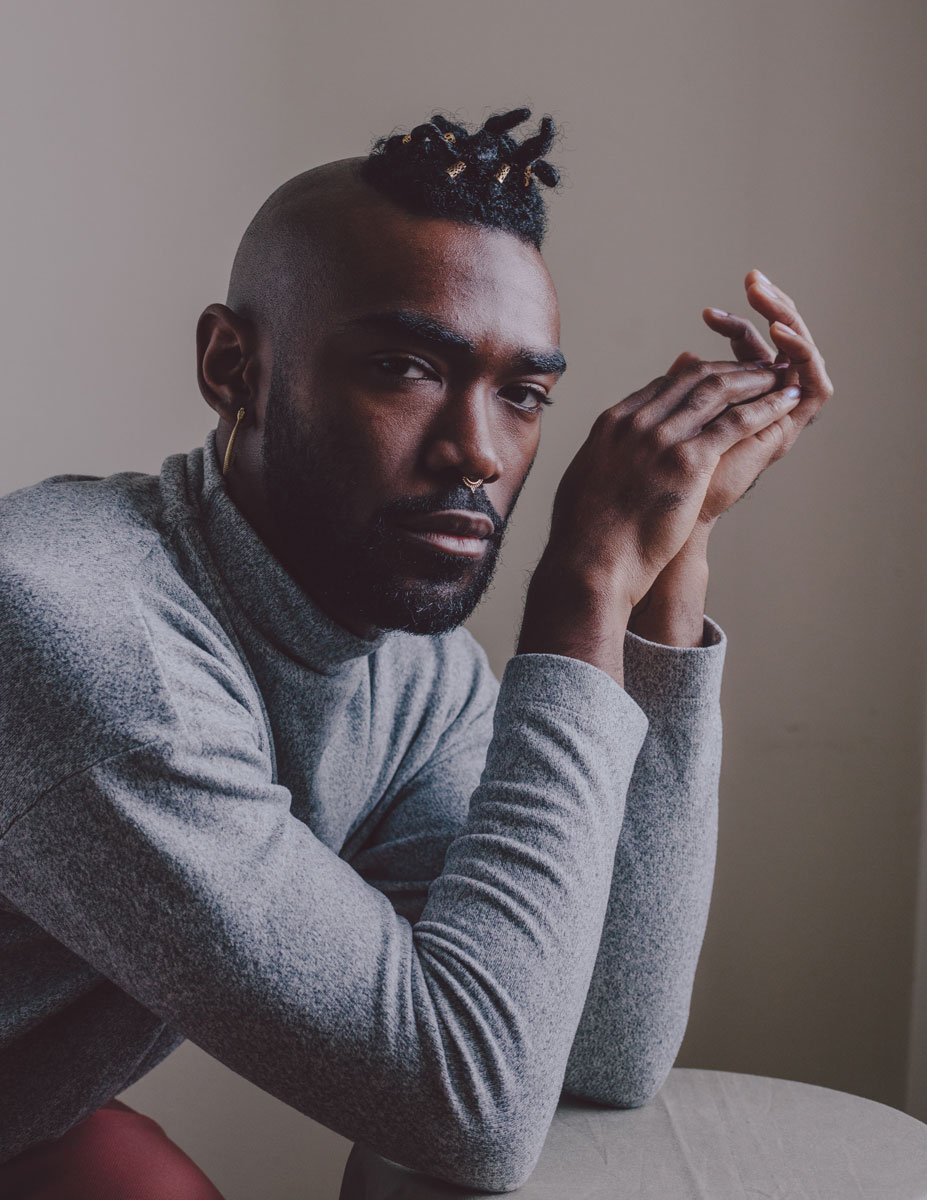 Portrait of the artist. Photography by Nathan Bajar, 2020.

Newark, NJ – Paul Robeson Galleries at Express Newark, Rutgers University – Newark is pleased to announce that Khari Johnson-Ricks is the next Artist in Residence.

Johnson-Ricks is a visual artist and DJ whose work spans a range of audiovisual media and often exist in the public eye, in formats including the production of ‘zines, works on paper, performances, murals, and nightlife spaces.

Artist and Professor Deborah Jack and writer and scholar Hannah Stamler comprised the selection jury. Stamler affirms, “Khari’s proposal stood out for its local focus, smart concept, and originality. It does the crucial work of preserving the history of Jersey club and uses the studio space wonderfully, transforming it into, as he puts it, ‘a living archive’ filled with conversations, music, and dance. I can’t wait to see how the project develops!”

Of his practice, Johnson-Ricks states, “I explore the ways that vernacular ritual practice becomes tradition and how the body carries history through movement. Cultivating these movement practices acts as space for sanctuary and becomes a covert language, especially for marginalized people – folks that have few opportunities to build concrete institutions for themselves. The collection of movement traditions and the making of new ones continues to be one of the most important reminders of the self and the community and can propel questions of joy, love, safety, health, and history.”

During his residency, Johnson-Ricks will create a living archive of the New Jersey club culture. Recent economic and social changes pose a threat to the practice and the community. The artist will invite a host of club producers, dancers, and fans to the studio to map the progression of dances over time and collecting stories about their experience with the art form. From this process, a clearer picture of will emerge of how a local tradition fits within a lineage of the Black radical art movement.

About the Jury
Deborah Jack, is an interdisciplinary artist whose work explores the relationship between nature, memory, and how personal and cultural narratives are embedded in the natural world. Her current work deals with trans-cultural existence, memory, the effects of colonialism, and mythology through re-memory. She has exhibited her work in solo and group shows in the Caribbean, the United States, and Europe. She has also published two poetry collections, The Rainy Season (1997) and skin (2006). Jack is an Associate Professor of Art at New Jersey City University.

Hannah Stamler is a History Ph.D. student at Princeton University and an art and culture writer based in New York City and New Jersey. She was Associate Art Editor at The Brooklyn Rail from 2018 to 2019. Her writing has appeared in Artforum, frieze, The Nation online, and The Village Voice, among other publications. Stamler’s areas of interest and expertise include modern European history, and 19th- and 20th-century visual culture, film, and technology.

About Express Newark
Occupying 50,000 square feet of the renovated, historic Hahne & Company building in the heart of Newark’s downtown, Express Newark is the Rutgers University-Newark community arts collaboratory–a third space that is neither the community or the University, where artists and community residents convene, experiment, and innovate in partnership with faculty, staff, and students to nurture talent, cultivate engaged scholarship and promote social practice.